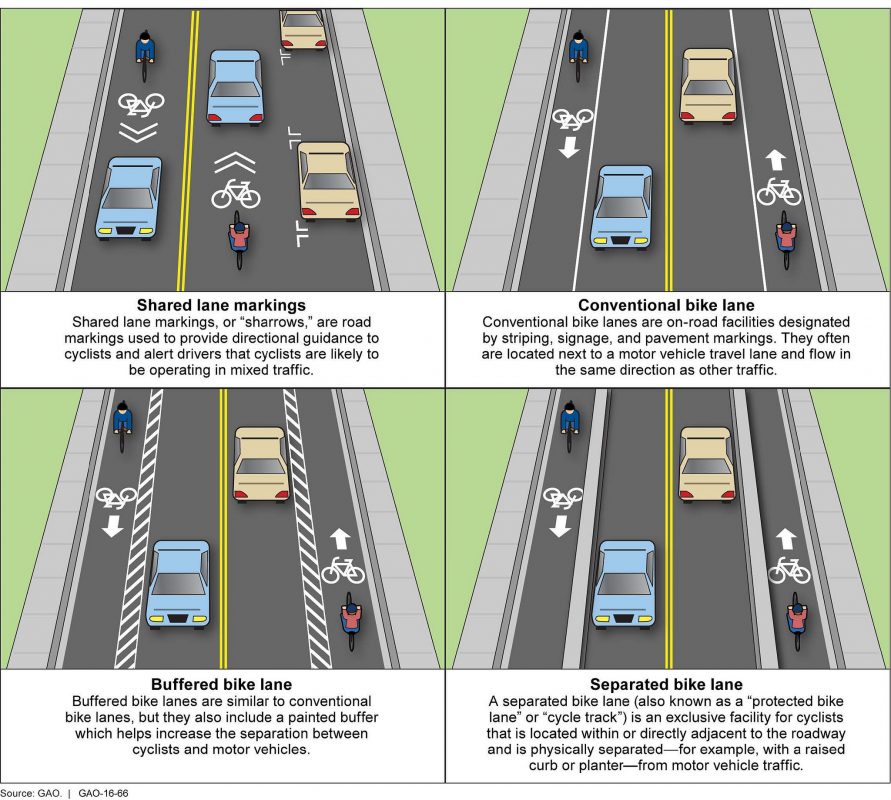 The City of Ann Arbor and the Ann Arbor Downtown Development Authority have been actively planning and building bicycling and pedestrian infrastructure for several years in Ann Arbor. No doubt you have noticed the changes when traveling around town.

For many residents, protected bike lanes, shared use roads, pedestrian bump-outs, and more are simply appearing before our eyes with little understanding of the objectives and goals behind them. Read on to find out what changes are being made to our downtown streets, why they are being undertaken, and where to find out more information if you want to get involved with the process.

The People Friendly Streets plan is built on the premise that streets are for ALL people – not just automobiles. And that by designing and building them with this in mind, They can:

What Physical Changes is the DDA Making to Improve Bicycling In Ann Arbor?

Here are 4 types of bike lanes that are being implemented in Ann Arbor to meet the coordinated goals of the DDA and the City of Ann Arbor. 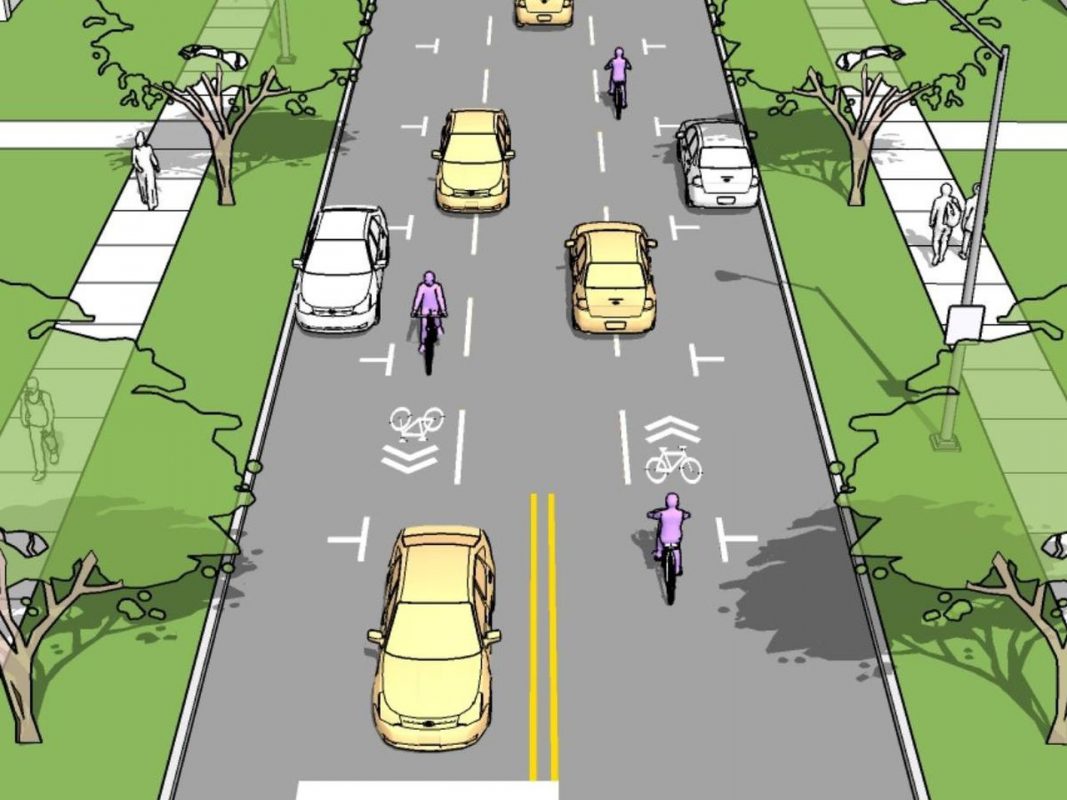 Example of an Advisory Bike Lane or “Sharrows” as in narrow shared use road.

Advisory bike lanes or Sharrows add bike lanes to a road where they may not otherwise fit. This is the case on low-speed, narrow local streets such as Ashley between William and Madison. They are generally used by experienced cyclists and commuters. They are common in bike-friendly cities such as Denver and Portland. Studies have shown that in the presence of the markings cyclists moved further away from parked cars and passing motorists moved further away from cyclists than in the absence of them.

Having visited Portland several times, these shared roads are common though denser neighborhoods throughout the city. They are heavily used and residents have become used to them just as we have gotten used to traffic circles. They allow “bikers with a purpose” — primarily commuters and transportation riders — to ride quickly through town in semi-dedicated road space. The convenience of these lanes allow bikers to travel faster than cars through these neighborhood streets.

Here are two videos that explain how Sharrows work. 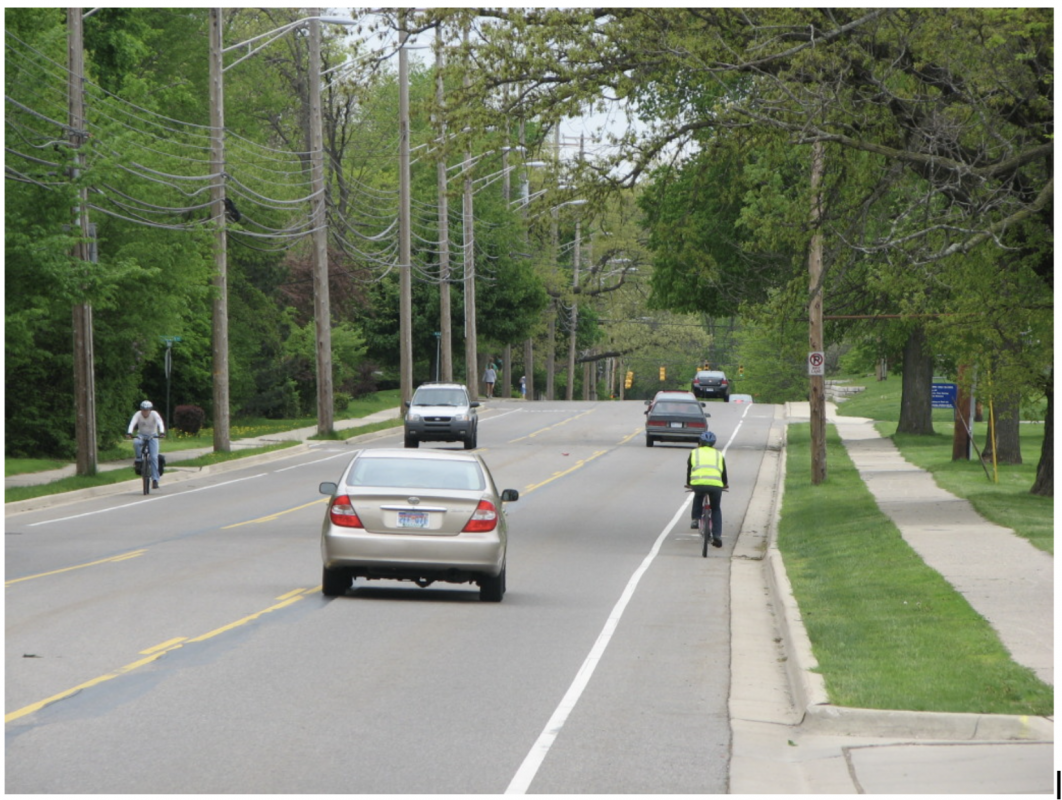 Conventional bike lanes have been around for a while and most drivers are familiar with them. They are designed for enthusiastic and confident riders as there is no physical barrier between them and automobile traffic. Ann Arbor has miles of these in place. Many have colored paint treatments at the crosswalks. These are perfect for wide streets with space dedicated bike and automobile traffic. As bicyclists will be traveling on city streets, those streets can be made safer and more comfortable for everyone by providing bike lanes. Bike lanes: 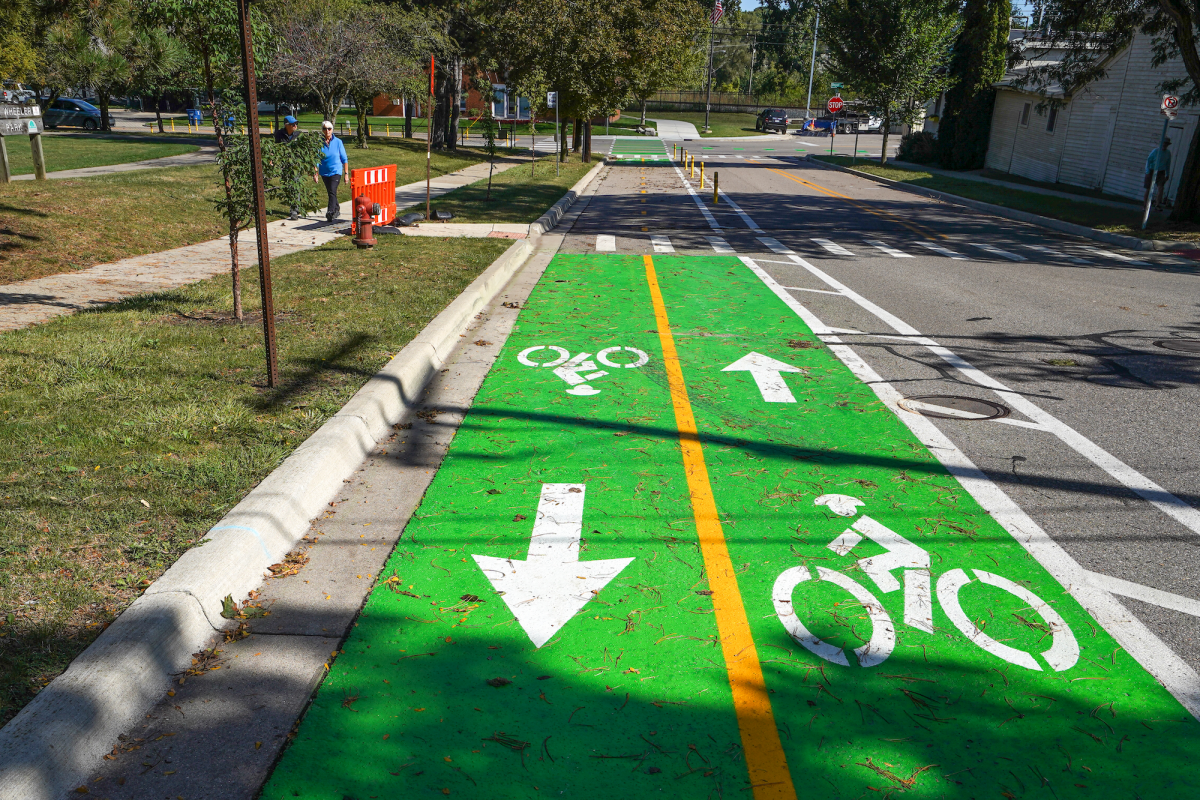 Example of a 2 way buffered bike lane on the west side of 4th Ave near Depot.

Buffered or Separated Bike Lanes are similar to conventional bike lanes but they also include a painted buffer which helps increase the separation between cyclists and motor vehicles. These lanes are for riders of all skill levels. 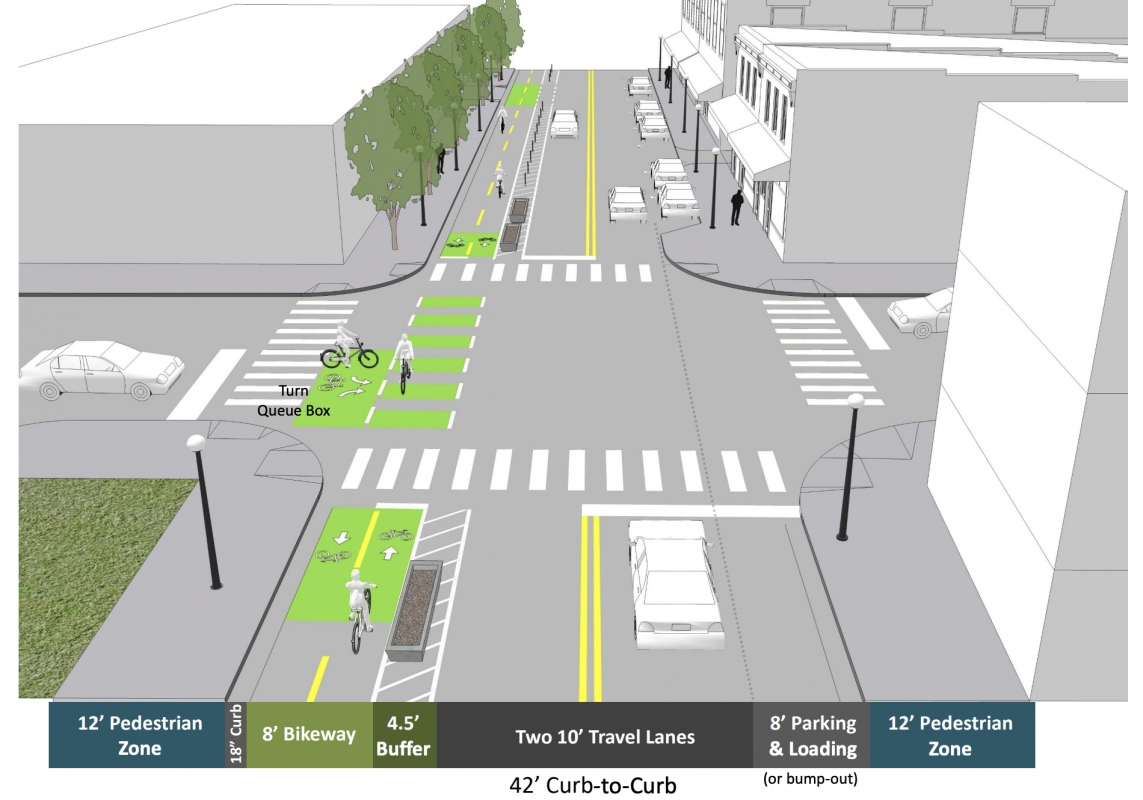 Protected bike lanes result in 39% fewer vehicle/bicycle accidents and 59% fewer overall injuries for bicyclists. In a study conducted by Breakaway Research Group for People for Bikes in 2015, the majority of Americans said they wanted to bike more but 54% cited a fear of getting hit by a car as something that holds them back.

There are now protected bike lanes on Ashely, E. William, and Division streets in downtown Ann Arbor. These are the most expensive to construct and create the most separation between cyclists and automobiles. They offer the greatest safety advantage for cyclists as well. 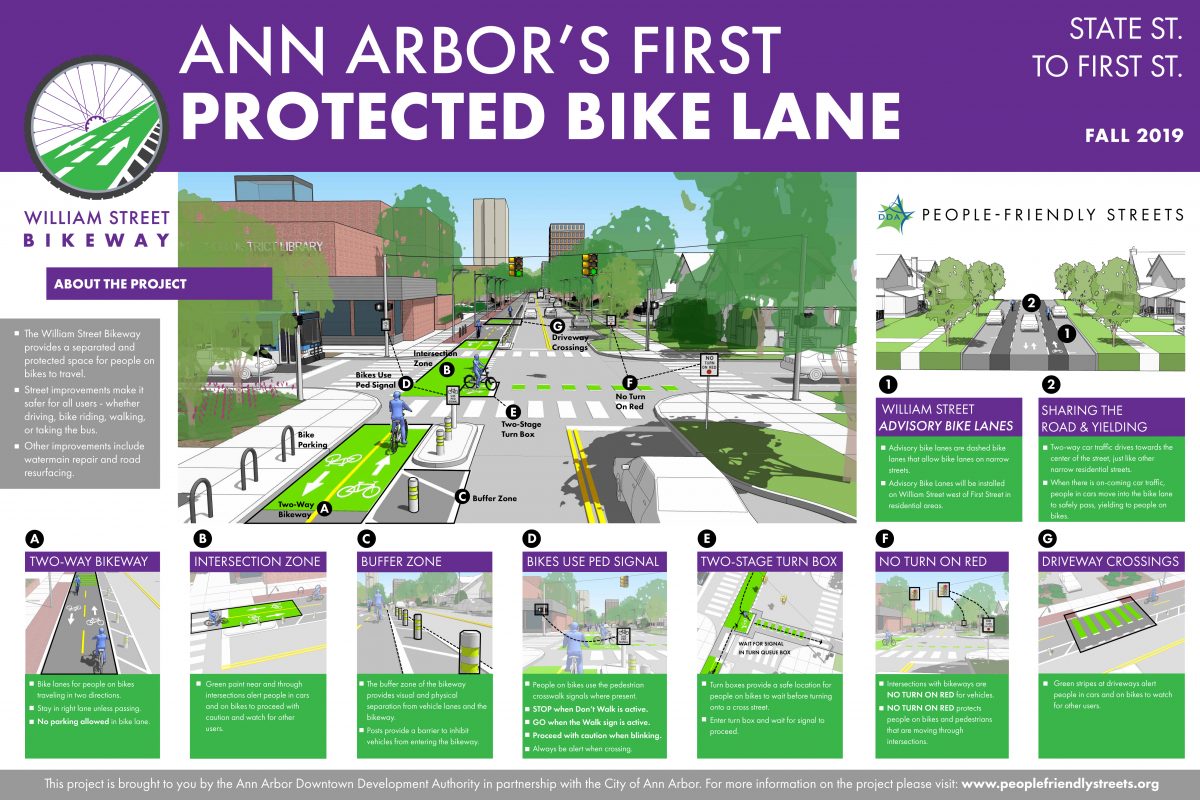 The next time you are in Ann Arbor, look out for these 4 types of bicycle lanes and become more comfortable in how to interact with them. they take some getting used to but the benefits to the people and the City of Ann Arbor are significant. Especially when you consider how they connect with the broader regional goals for making bicycling more accessible for all people. I would love to hear your thoughts on bicycle lanes and bicycle accessibility in the area. Reach out with your thoughts using the form below!