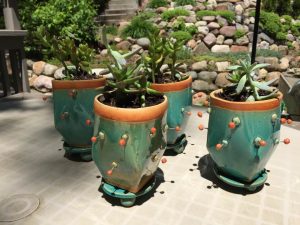 There’s more to a community than just people and businesses who live and work next to one another. There is spirit, enthusiasm, passion, and ingenuity. And, in the Ann Arbor and Washtenaw County area, this is demonstrated beautifully by the incredible work of the Ann Arbor Potters Guild.

The Potters Guild: A Pillar of the Ann Arbor Art Community

According to the Potters Guild website, the organization was founded in 1949 by nine founding members who had impressive and lofty goals of creating a lasting institution where clay artists would create and thrive. In fact, their first wheels were fabricated by original members with pieces found at Lansky’s junk yard and rent was shared with a member who had his painting studio on the top floor. That artist also had the only phone number in the building, and the Potters Guild still uses that phone number as their own. Talk about a lasting presence! That’s longevity!

In 1959, Ethel K. Potts is said to have called the Potters Guild to inquire about taking a class. Up to this point, members of the public had not been permitted to participate in Guild classes, so the members voted and chose to allow it. The rest is history. 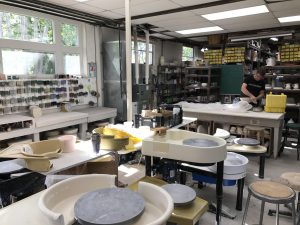 These days, the Potters Guild is a cooperative, non-profit organization of over fifty members who share in the responsibility and administration of the studio. The artists’ range of work includes functional pottery, sculpture, tile work, and wearable art. Indeed, if it can be made from clay, it has been done here by amateurs and professionals alike. Potters Guild hosts a sale twice per year where works are available for purchase.

One notable Guild artist is J.T. Abernathy, who not only is one of the founding members of the Guild, but continues to be an active artist to this day. In an interview in 2015, the then 92-year old Abernathy expressed a certain affection for the city of Ann Arbor, and noted that, in his eyes, residents “live in the upper one-billionth of the world.” For a man who has seen the city grow and change for well over a half-century, this is a true compliment to the beautiful and vibrant city of Ann Arbor.

Abernathy’s works are considered both traditional and experimental and he has made a mark in the world. His works have been displayed in some 26 museums nationally, as well as in Canada. He is considered one of the founders of the American studio ceramics profession. Known for ingenuity, engineering, and unique work, Abernathy brings a very special talent to the city and to the Potters Guild. His work is, in short, stunning. And creative. And unique. And appealing. And desirable. Click here to view just a few of J.T. Abernathy’s works, as offered through the Clay Gallery and click here for even more images of his impressive and iconic works. 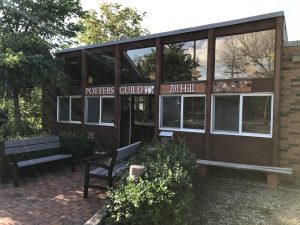 Contact us today. We’ll be happy to help in any way we can.